“Barbara” is the story about a man obsessed with decadence and insanity.  – OSAMU TEZUKA

For the celebration of the late Japanese manga artist, cartoonist, animator and film producer Osamu Tezuka’s 90th birth year, companies across three countries have teamed up to bring a live action version of his 1970s erotic manga “Barbara” to life. Directed by his son Macoto Tezka, the film’s title has been expanded to “Tezuka’s Barbara” in homage of his father.
The film stars Venice Film Festival winner Fumi Nikaido of “Himizu” and Goro Inagaki of “13 Assassins.” They greeted the attendees of Osamu Tezuka’s 90th Birth Year Party held at the Imperial Hotel in Tokyo, Japan on November 20, 2018.
Supporting cast includes Shizuka Ishibashi of “Tokyo Night Sky Is Always the Densest Shade of Blue,” Kiyohiko Shibukawa of “Lowlife Love” and Eri Watanabe of pf “Shall We Dance.”
Thefool of Japan joined with Third Window Films of the United Kingdom and Rapid Eye Movies of Germany to realize the vision of Tezka in bringing to life his father’s manga in celebration of his 90th birth year. “River’s Edge,” “Lowlife Love” and “Ruined Heart” are previous movies of Thefool, Third Window Films and Rapid Eye Movies, respectively.
With the goal of Japanese film breaking through worldwide by making a visually international film, Wong Kar Wai regular Christopher Doyle was tasked with the cinematography. Post production was handled in Germany while the main visual and trailer were designed in the U.K.
This marks the first time Tezka is directing his father’s piece in live action. He commented, “Why I chose to adapt ‘Barbara’ into a film is because I feel that as a director, ‘Barbara’ is the work of my father which I felt would be closest to my personal style and taste.”
“The reason why I followed through with this film’s production is that it was a rare chance to make a co-production with many large countries and have the film being seen by a large audience across the world,” Tezka added. “It’s very challenging to do international co-productions, though being able to work with other countries and people opens up a world of possibilities.” 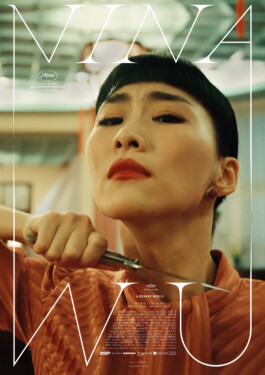