In 2014 the Cologne-based film label Rapid Eye Movies, that is well-known in Germany for starting the Asian film boom and helped establish filmmakers such as MIIKE, KITANO and KIM KI-DUK, produced the film RUINED HEART – ANOTHER LOVE STORY BETWEEN A CRIMINAL & A WHORE. The out-of-the-ordinary neo-noir punk opera is the work of Filipino guerilla filmmaker and composer Khavn (MONDOMANILA). Inspired by Khavn’s music, the Berlin trash pop duo Stereo Total produced the soundtrack and Australian singer-songwriter Scott Matthew contributed to the project with his own version of the theme song.

One of the many musical highlights of RUINED HEART was without a doubt the powerful performance by Filipino rocksteady band Bing Austria & the Flippin‘ Soul Stompers. This sparked the idea to record an entire album with Bing and his crew. In the summer of 2016, Rapid Eye Movies founder Stephan Holl and musician Brezel Göring of Stereo Total traveled to Manila, met up with Khavn, Bing and the band, and produced the extraordinary album “Rosas Epektos” with over 2 dozen songs in just 4 days. The song lyrics were all penned by Khavn, who is not just a filmmaker, but also a musician and composer.

In the evenings in Manila Bing and his Soul Stompers play old soul classics from Otis Redding to James Brown for tourists in the city’s many hotels. At the dead of night, they move on to local bars where they can play their own music. Like urban culture all around the world, Manila’s urban scene pop-culturally echoes the influences of the American colonial past. But the influences noticeable in “Rosas Epektos” take it a step further: 60s soul intermingles with Jamaican beats, psychedelic and kraut rock.

Brezel Göring recorded the album in just a few days in Khavn’s living room on a multitrack tape. The date on the album cover lists “1969” as the recording year. And although this is in reality not true, the authenticity of the sound actually gives the illusion that it was produced in the 1960s. This type of soul music in Tagalog did not exist in the sixties in the Philippines, yet songs on the album such as “Ruined Heart” and “Island Monkeys” reconnect the future with the past and rewrite it.

“Rosas Epektos” will be released by the newly founded record label „Fun in the Church“, a joint venture between Rapid Eye Movies and the Berlin music label Staatsakt. 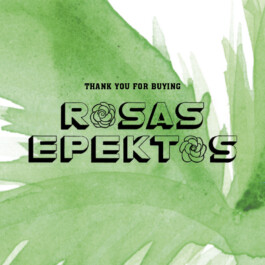 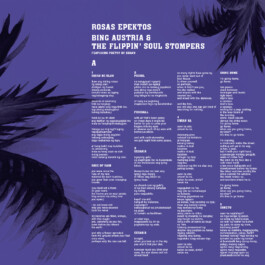 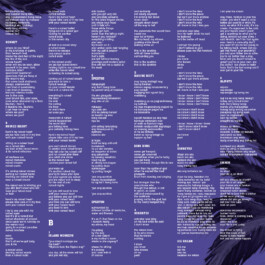